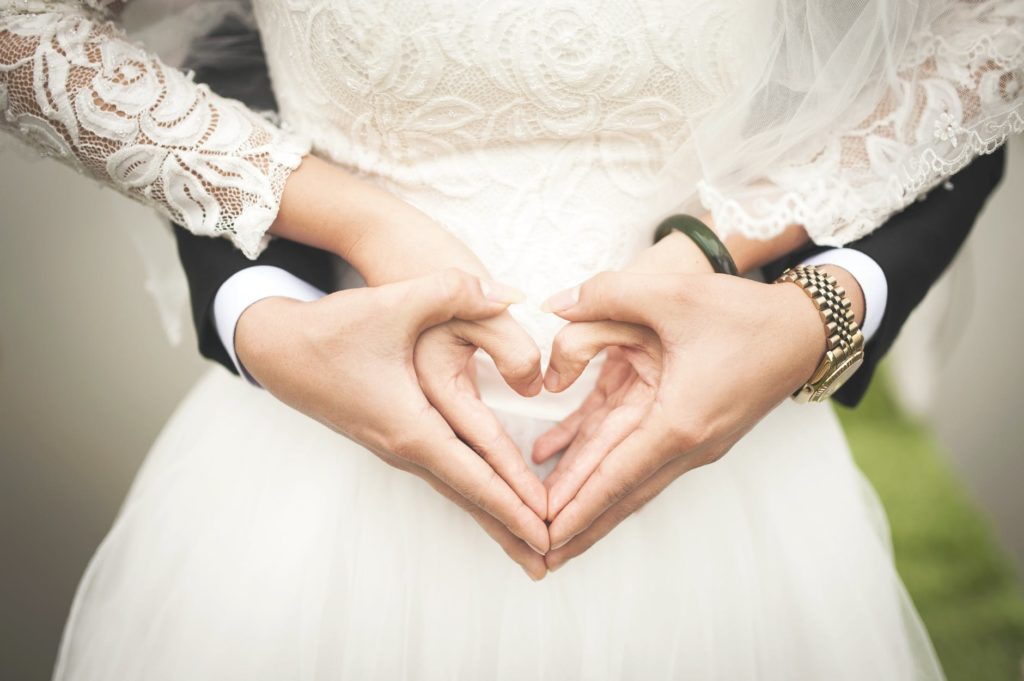 Weddings are all about tradition. From the bouquet of flowers, the “Something Old, Something New, Something Borrowed, Something Blue,” to the white dress, the chances are that you’ve incorporated at least some of them into your wedding plan already. But what about traditions from Ireland? Below, we’ve put together five of the most romantic…

When it came to weddings, the Celts were superstitious and wanted to ensure their children were marrying into the right families – and at the right time of the year! The Celtic calendar is split into two halves – one part “brighter” and ruled by Brid, a Celtic goddess, and another half “dark”, dominated by The Hag of Bere. Marrying between May and August is considered the most favorable time, so consider planning a summer wedding to bow to tradition.

Another common Celtic tradition is the handfasting ceremony, an opportunity for the couple to demonstrate their commitment to one another. Think of it as an old-fashioned engagement party or Facebook post. The Celtic druid was there to declare the two people as engaged, and they would physically tie their hands together temporarily. It’s where the phrase “tying the knot” comes from. It can be incorporated into your wedding day before exchanging rings.

Whether you’re Irish or you’re just looking to inject some personality and good luck into your wedding day, then you can’t go too far wrong with a traditional Irish wedding ring. Known as Claddagh rings, these rings are often gifted to honor the words love, friendship, and loyalty, which are represented by the symbol on the ring. Perfect for engagements and indeed for wedding rings, it’s hard not to fall in love when you read up the history of this popular jewelry.

If you want to keep it uber traditional, then follow some of the common Celtic wedding traditions, such as allowing time for every important person at your wedding to give a speech, allowing the bride and groom to be “presented”, the passing of light, giving thanks and taking oath, and exchanging the rings – some of these are now traditional worldwide.

We hope you’ve been saving your change! According to tradition, the groom should end the wedding day by throwing some coins into the crowd. Tradition says this will bring good luck to the newlyweds, though you should be careful not to throw from too high to avoid injury!